We are learning more and more about the dangers posed by fluoride in our drinking water and elsewhere, but there are ways we can help protect ourselves and detox our bodies of this harmful substance …… 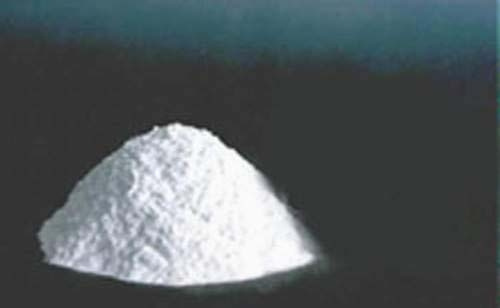 Even though some health professionals and government agencies are still trying to convince the American people that fluoride is safe and should continue to be added to our water supplies, all the research and reading I’ve done has me believing exactly the opposite. And it seems more and more people are beginning to feel like we’ve been sold a bill of goods when it comes to fluoride. Forgoing fluoride treatments at the dentist, opting to use fluoride-free toothpastes, and petitioning local governments to discontinue water fluoridation is becoming much more common these days. And with good reason. Sodium fluoride or hydrofluorosilicic acid is extremely toxic and not good for the human body.

But even if you no longer use a toothpaste with fluoride or drink water it’s been added to, you’re still not safe from its effects. Sodium fluoride/fluorosilicic acid is an accumulative poison, so if you have been ingesting it at any point in your life, it has had a chance to build up in your body, mainly in your bones and  thyroid and pineal glands.

So how do you get that fluoride out of your system?

According to an article by Terry Wilson for CanadianAwareness.org, that’s a very complicated question. There is no 100% verified method of totally detoxing fluorides from your body, but she has tried several methods that have made a huge difference in her life and helped joint pain and chronic headaches to disappear, weight to drop, and thinking to become clearer.

The five things she mentioned doing were:

1. Stop exposing yourself to fluoride as much as you can. Even though you may have stopped drinking fluoridated water, showering with treated water can be as bad or worse. In just a 10 minute shower your skin can absorb up to 7 cups of water! Plus, fluoride is in preserved foods and other things you may not be aware of.

2. Start using a sauna regularly. Saunas expel many heavy metals and toxins (including fluoride) from your system. Far (and near) infrared saunas help the body clear a much greater load of toxins than regular saunas.

3. Getting enough sunlight/Vitamin D daily is important and plays a large role in detoxing the pineal gland. You also need to get enough time in the dark. As strange as it might sound, getting the right amount of light and darkness helps regulate melatonin production (the main function of the pineal gland).

5. Do a raw liver detox. The one mentioned in the article is very simple and apparently effective. All you need to do is drink two cups of tea a day, cut back on preserved foods, and increase your intake of raw foods. Here is the tea recipe she uses:

According to the article, using these five methods is very effective, but it is not a quick fix. It took all of that fluoride years to accumulate, and it will take years to get it all out. Everyone is different and can expect different results, but Terry started to feel a large difference in 3 months. She has now been following the detox guidelines for 3 years, and can tell a huge difference, but notices that if she drinks a cup of coffee that contains fluoridated water, or eats a processed food that has fluoride, she becomes physically ill.

Another tip mentioned in the article was eating foods high in iodine, because iodine allows the release of fluorides from your system. Interestingly enough I have recently finished a post about iodine because I keep being amazed at all the things I read it does to help promote and protect overall health. You will find that post here.

Turmeric has been used in India for over 5000 years to provide zest to meals and medicine to ailments. Older adults in India have Alzheimer’s rates four times lower than rates in America, a discrepancy attributed to high consumption of turmeric. A recent study showed that less than a gram of turmeric a day for 12 weeks influenced “remarkable improvements” in the symptoms of Alzheimer’s.

Turmeric owes its neuroprotective powers to the polyphenol curcumin, which gives the spice its orange hue. Curcumin has demonstrated more than 150 potentially therapeutic properties, and over 200 peer-reviewed studies point to its brain-saving capacities.

The Link Between Curcumin and Fluoride

Researchers separated mice into four groups that were given different treatments for 30 days.

Researchers then measured the levels of malondialdehyde (MDA) in the brain. (The higher the MDA content, the more oxidative damage the brain has sustained.) The fluoride-only group exhibited dramatically elevated MDA levels compared to the non-fluoride group…and the group that received fluoride and curcumin showed significantly reduced MDA levels compared to the fluoride-only group.

“Our study thus demonstrates that daily single dose of 120 ppm F result in highly significant increases in the LPO [lipid peroxidation, i.e. brain rancidity] as well as neurodegenerative changes in neuron cell bodies of selected hippocampal regions. Supplementation with curcumin significantly reduce the toxic effect of F to near normal level by augmenting the antioxidant defense through its scavenging property and provide an evidence of having therapeutic role against oxidative stress mediated neurodegeneration.”

Curcumin can help prevent fluoride damage through its antioxidant potency and protect against neurodegenerative diseases through its ability to cross the blood-brain barrier. Research shows that curcumin prevents the buildup of destructive amyloids in the brains of Alzheimer’s patients, and can also help dissolve existing plaque. Several studies demonstrate curcumin’s beneficial effect on treating Parkinson’s disease, partially due to its anti-inflammatory nature. In fact, curcumin has been shown to influence over 700 genes!

One way to get more turmeric in your diet is to make what’s called Golden Milk. You can check out a Selp-help Health post for more about this healing elixir here.

And check out these posts for more on the dangers of fluoride and ways to use the herb tulsi, or Holy Basil, to help clear it from water:

p.s. Be sure to subscribe to Self-help Health so you don’t miss any future posts. Also check out my new website Evolution Made Easier and blog of the same name for more helpful information, tips, tools and resources.Salud!