This is the third (thus the very clever and highly original “Round Three” in the title :-)) in a series of posts which share a variety of short health tips, rather than focusing on one main topic. Hope you find at least several that you are helpful and informative……

# 1 – Here’s a tip for anyone interested in losing some weight….

Pectin, soluble fiber found in lemons, helps you feel fuller and slows the rate of glucose or sugar absorption, thus preventing blood sugar spikes, common to Type 2 Diabetes. It  also helps lower cholesterol and is a natural diuretic and supports the body in flushing out excess water weight, so you experience less bloating and puffiness.

Did know that when you use antibiotics  you change your microbiome, and certain groups of bacteria tend to be favored, such as the Firmicutes group. When present in excess, Firmicutes increase your risk of obesity. Animal research shows that when you change the animals’ microbiome using antibiotics, they gain weight. Here in the US we  also, unfortunately, give antibiotics to cattle to make them fatter, faster. The same thing occurs in your body, which is why avoiding unnecessary antibiotics is so important.

Disinfectant products like antibacterial soaps and hand gels also fall into this category and should be avoided as much as possible.

You can contribute to your health by doing something as simple as boiling your drinking water for 15-20 minutes? When you do this the water becomes charged and saturated with negative ions, and drinking this ionized water not only has a deep cleansing effect on all the tissues of the body, but also helps reduce overall toxicity, improves circulatory functions, and balances bile. The ions are generated through the bubbling/boiling effect, so the longer the water is heated the more negative oxygen ions are formed. You should drink the boiled water at the same temperature as you would hot tea, so once you make a “batch,” keep it in a thermos to retain its heat and health-giving properties throughout the day.

Drinking the water during the day helps rid the body of certain positively charged ions (those associated with high acidity, free radicals and toxins). Toxins and waste carry a positive charge, and because of this they naturally tend to attach themselves to the physical body, which is
negatively charged overall. As the negative ions from the oxygen in the boiled water enter the body, they are automatically pulled toward the oppositely charged toxic materials. Their charge works to neutralize that of the toxin and turns it into fluid matter that is easily and effortlessly moved out of the body.

Be sure and use a filter or structured water device if your water contains chlorine. According to the U.S. Council of Environmental Quality, “Cancer risk among people drinking chlorinated water is 93% higher than among those whose water does not contain chlorine.” Some experts believe that one of the main reasons people in France have a longer life expectancy than Americans is that they ozonate their water system there, instead of adding chlorine as a way to kill bacteria. Hey, America, get with it!

# 5 – After taking the Institute of Nutritional Leadership training and listening to the Essential Oils Revolution Summit I am a huge fan of using essential oils for just about anything….

Try adding a drop of a therapeutic grade essential oil such as clove, cinnamon or peppermint to your oil pulling mixture to increase the benefits to your dental health.

# 6 – Another tip for those trying to lose some weight… Add some pepper!

Researchers have found that piperine in black pepper reduces the expression of genes that work to generate fat cells. In other words, it turns down many of these genes or shuts them off completely. Furthermore, pepper turns up biological processes that promote healthy weight by helping to further regulate genes that control fat metabolism. 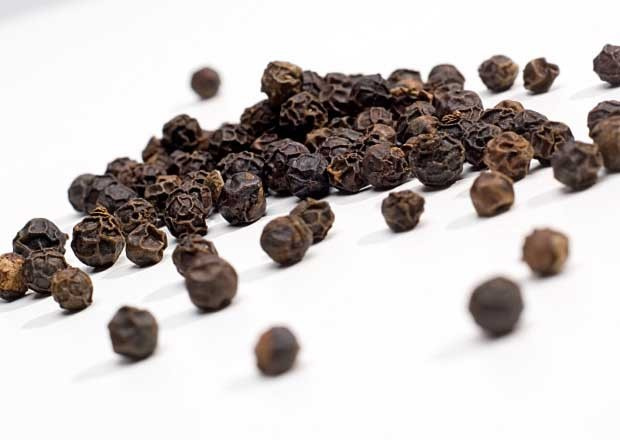 This shines the spotlight on an exciting area of scientific research: the field of epigenetics, a cutting-edge branch of science that explores the language of DNA – specifically, how DNA and our genetic expression can be “rewritten” by external influences. Advancements in this field show how various factors (dietary, lifestyle, environmental, mind/body, etc.) “talk” to specific genes, changing their expression for better or for worse. In this study, piperine is shown to suppress specific genes that generate fat cells and promote healthy fat metabolism.

Many studies also show that piperine can enhance the bioavailability of other nutrients that fight fat, including curcumin.

# 7 – I’ve always known kefir was good for digestion and supplying the body with probiotics, but here’s something I never knew about it until reading an article from The Alternative Daily…. 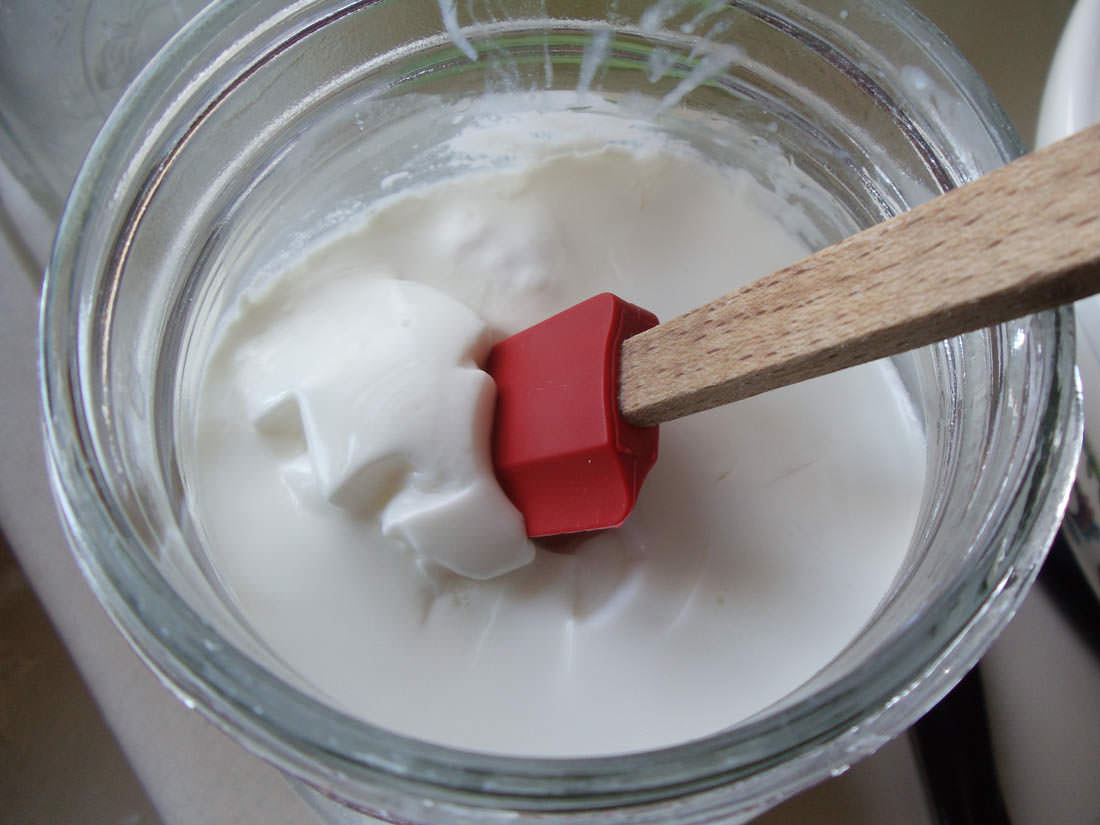 It seems like everyone wants to detox these days, but people have very little information about how to do it correctly and safely. Well, here’s a scientifically backed way to do it: drink kefir!

Kefir helps the detoxification process by binding to some mutagens, agents that can literally change your DNA, by not allowing them to do so. One example of a mutagen is aflatoxin, a toxic mold found in peanuts and peanut butter, some vegetable oils (canola and soybean) and some grains (wheat, soy, and corn). The lactic acid in kefir actually enables it to kill aflatoxins and other molds and fungi.

Kefir’s ability to aid digestion is also a huge help when you’re trying to detox and get harmful substances out of your body.

# 8 –  Summer’s here, at least in my part of the world, and for many people that means firing up the grill….

Coating meat with a rub containing herbs and spices such as rosemary, thyme and pepper – or smothering it with a marinade – not only adds flavor, but can help prevent the creation of carcinogens by reducing dripping fat, smoke and char. Adding chopped onion to your hamburger mixture is another way to off-set harmful toxins formed by the cooking process. And eating with a slice of tomato helps also.

Kansas State University research found that adding certain spices, including turmeric, can reduce the levels of heterocyclic amines — carcinogenic compounds that are formed when meats are barbecued, boiled or fried — by up to 40 percent. BTW, harmful compounds are also formed when you grill veggies.

Epidemiologists have hypothesized that the turmeric that is part of daily curries eaten in India may help explain the low rate of Alzheimer’s disease in that country. Among people aged 70 to 79, the rate is less than one-quarter that of the United States.

Health benefits of some of the most popular herbs and spices:

# 12 – You can now get a free phone app that helps measure the EMFs coming from wi-fi devices in your house or office….

Feeling annoyed or irritated at something? Here’s a neuroscientific trick that will dispel your frustrations in less than five minutes.

Let’s say a fly is bothering you, or you’re being distracted by an obnoxious noise, or even bothered by a body pain or itch. Instead of getting mad at it – which won’t change anything other than to increase your own negativity – set aside whatever you’re doing and totally immerse yourself in every aspect of the experience. Study the buzzing fly. Listen to the patterns of the noise. Allow the pain to just be there without judging it.

The moment you become curious and watchful, dopamine is released in the reward center of your brain and your irritability is instantly replaced by pleasure, contentment, and inner peace.

And if you haven’t read the previous Self-help Health posts in the “Tips” series, check ’em out:

p.s. Be sure to give Self-help Health a follow so you don’t miss out on any future posts. Also check out the To Your Health page at my website Evolution Made Easier and my other blog for more helpful information, tips, tools and resources.